While your main passion in the online gambling space might well be bingo, there might come a time where you fancy mixing things up with the odd game of slots. If this sounds like you, then why not consider playing hugely popular slot title Fluffy Favourites?

Launched by well-known software developers Eyecon - the game is commonly found at a number of online bingo sites. If you’re keen to find out more about the slot title, be sure to read our impartial review. We cover everything from how to play the slot, in-play games bonus features, the RTP, and more!
Read more
Read less 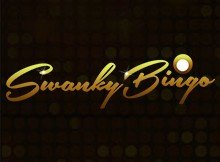 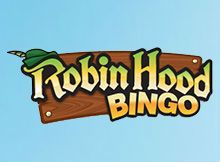 New customers only. 18+ Deposit & spend £10 on Bingo to receive £50 Bingo Bonus & 50 Free Spins (selected slots only 20p per spin). Free Spins must be accepted within 48 hours, winnings have 30x wagering which must be wagered within this time. Bingo Bonus has 4x Wagering, bonus must be accepted & wagered within 7 days. 1 new player offer only. Deposits made with Neteller/Skrill/PayPal are not valid for this promotion. UK & ROI. Full T&Cs apply BeGambleAware.org. Please play responsibly. 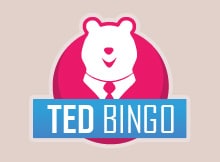 How to Play Fluffy Favourites

First and foremost, let’s explore how you go about playing the slot game. At the top of your chosen bingo site, click on the ‘SLOTS’ button and search for the game. Once you find it and load the game up, you will then need to set your betting parameters.

Coin sizes start at just 1p per payline, up to a maximum of £12.50. As such, if you were to play the maximum of 25 paylines,  this means that the total per spin bet ranges from £0.25, up to a whopping £312.50. Therefore, the game is perfect for players of all betting levels.

Irrespective of how you decide to spin the reels, every time you land a win on one of the activated in-game paylines, your winnings will be automatically added to your casino balance. If at any stage of the game you wish to exit the slot, your balance will carry over to your main account dashboard.

Nevertheless, in terms of the main slot interface, the graphics are somewhat basic. Behind the main 3 x 5 reel layout, you'll see a rather simple background that consists of grass, the sun, and a rainbow. If you're not too fussed about high-grade visualisations, then this shouldn't be an issue.

In terms of the main gameplay symbols, these are mainly represented by fluffy animals (as the name suggests!). This includes a monkey, rhino, giraffe, panda, lion, and dragon. The highest win is landed when you get 5 purple hippos in a row. This pays a top prize of 5000x, which is huge. To clarify, regardless of how many paylines you have in-play, all wins are paid from left to right only.

If you’re the type of player that likes to play slots with multiple in-game bonuses, features, and in-game specials - then you won’t be disappointed. Firstly, every time you land a win during the main base game, you have the chance to utilise the ‘Double or Nothing’ feature. This is where you can gamble on a 50/50 outcome. Either you double your win, or get nothing!

When it comes to the wild symbol, this is represented by the pink elephant. Not only will the pink elephant symbol substitute all other symbols apart from the scatters, but any wins that the symbol makes will subsequently double the prize.

Once the main game is activated, the free spins can be re-triggered up to 15 times. However, unlike a number of other popular slot titles in the online space, wins are not multiplied. Instead, you’ll get the same multiplier as per the base game.

It is also worth mentioning the scatter symbols, which are represented by a claw (think along the lines of a teddy-bear claw that you would find in an amusement machine!) Known as the Toybox Pick Game, landing 3 or more claws will allow you to pick a random prize multiplier. For every claw that you land, you'll get an additional pick. As such, by landing 5 claw symbols anywhere in-view, you'll get 5 picks. The highest pick multiplier is 100x, meaning that the Toybox Pick Game can pay a maximum prize of 500x your stake.

When it comes to the RTP of Fluffy Favourites, this stands at a highly respectable 95.388%. Not only does this fall towards the upper end of the 94%-96% industry average, but when you consider the huge 5000x jackpot on offer, this is rather juicy. On the other hand, there are a number of other slots in the market that do offer higher RTPs and higher jackpots, so do bear this in mind.

One such example of this is NetEnt-backed Mega Fortune. Not only does the machine come with an RTP of 96.4%, but as a progressive jackpot, its top prize often runs into the millions of pounds. Nevertheless, and as a final note - the RTP cannot be amended by increasing your stake size. In this sense, the Eyecon slot title comes with a fixed RTP.

Who Should Play This Game?

As is the case with most slots operating in the online arena, this particular Eyecon title comes with both its pros and cons. In terms of the good points, the stand out benefit has to be the slot’s RTP/Jackpot ratio. As we at BingoSites.co.uk noted in the above section, the 95.388% RTP/5000x jackpot combo offers excellent long-term value.

Moreover, we also like the number of bonuses and in-game specials that the game offers. This makes it perfect for those of you that like non-stop action.

On the other hand, it must be noted that the overarching theme backing the slot game is somewhat juvenile. As most in-game symbols are backed by fluffy animals, some players might be put off by this.

Furthermore, the underlying graphics are rather basic. As such, if you’re the type of player that seeks non-stop 3D visualizations and state-of-the-art graphics, then the game might not be for you. Also, if you are looking for the best payout online casino UK games - then this game could be for you.

Due to the sheer popularity of the game, Eyecon has since released a full range of additional Fluffy Favourite slot titles. If you’re keen to further explore how each release compares against the original, check out the list of titles below.

If you like the sound of what the slot title offers, then you’ll be pleased to know that there are now hundreds of Fluffy Favourites casino sites in existence. While this is great for player choice, this can make it difficult to know which site to open an account with.

The good news for you is that we at BingoSites.co.uk have compiled a list of the very best Fluffy Favourites slot sites. Not only this, but our team of in-house experts have spent the required time testing each gambling platform out. As such, we would encourage you to read our impartial reviews prior to registering a new account!

How do I play Fluffy Favourites?
The game operates in the same way as any other online slot game. Simply choose your stakes, spin the reels, and hope to land a huge win! Check out our walkthrough guide above if you’re still unsure.
How much money can I win?
The jackpot prize available – which can be landed by getting 5 purple hippos on a single payline, pays a huge 5000x.
Can I increase my chances of winning?
The game does not offer a Super Bet or Level Upgrade feature, meaning that you cannot amend the underlying RTP (which is 95.388%)
What other Eyecon slots are there?
As the developer was launched way back in 1999, Eyecon now offers heaps of online slots. Popular titles include the likes of Aztec Rising, Cup Carnaval, Chen Gong, and 99 Time.
Can I play with bonus money?
In most cases, yes. However, you need to ensure that your chosen online bingo site allows you to use bonus funds on slot games. You can do this by quickly checking the terms and conditions of the bonus.
Can I play the Fluffy Favourites slots game for free?
If you want to play the slot title for free before depositing funds, you can play the Fluffy Favourites demo game.
Amelia Cassiday
Editor-in-Chief