New online bingo sites UK typically cater to the UK market providing some of the best gaming opportunities in the world. This specific niche often ranks among the biggest and most diverse, inspiring developers to provide more exclusive variations and game styles. 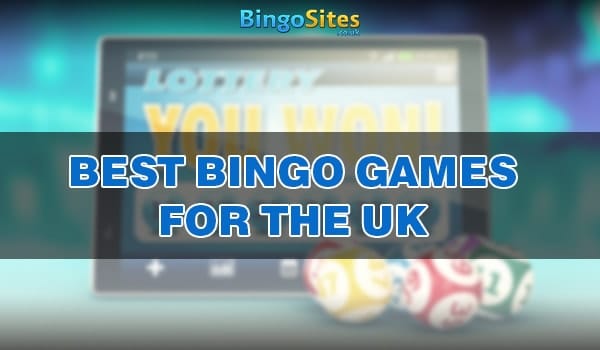 As a new Bingo player, the games might seem somewhat strange, especially since they are available in various themes, winning opportunities, and number of balls, including 30, 75, 80, and 90-ball variations.

However, with the guide below, players will learn all about the best Bingo games available in the UK and how they work, making it much easier to take advantage of the massive winning potential that is available.

30-ball Bingo is a variation many Bingo sites list as Speed Bingo as it plays a lot faster than the bigger games thanks to fewer numbers in each round. The game isn’t available at all UK Bingo sites but has become a lot more popular as a quick gaming option. The winnings can reach impressive amounts, especially with rooms containing multiple players.

The cards commonly include only 9 numbers on a 3×3 grid, which consists of random numbers from the 30 possible winning balls. The game includes a single winning opportunity and rewards the player who holds a card where all the numbers on the ticket have shown up in the draw.

75-Ball Bingo is among the most popular games on Bingo sites as it provides a unique gaming option. Instead of simply marking off numbers, players need to complete the pattern shown on the ticket. There are various gaming styles available, offering unique patterns, winnings, and more.

In 75-Ball Bingo, the card consists of a 5×5 grid, providing a total of 25 positions. Most variations leave the centre number blank, meaning only 24 numbers appear on the card.

The most common variation of 75-Ball Bingo includes the word BINGO at the top of the card, each letter appearing above one of the five rows. The goal is to complete a row before any other players to win the first and biggest prize.

Some games offer multiple winning opportunities as each row’s winning numbers appear, allowing multiple opportunities to win. Other patterns and game styles are also available, including special patterns behind specific numbers that need to appear before the ticket wins.

80-Ball Bingo is similar to 75-Ball in many ways. However, there are a few differences that make it unique and exciting in its own way. The 80-ball game is only available online and was specially created for online rooms.

The first big difference is the number of balls, which obviously includes 80 possible winning numbers. The second difference is the card, most expect the cards to be bigger due to more numbers, but it’s common for these games to use a 4×4 card that offers 16 numbers.

The 80-ball variant offers tickets that require patterns to complete a win. Each ticket provides different numbers from the possible 80 that divide into the columns. Column one would offer 4 random numbers from 1 to 20, column two provides numbers 21 to 40, and so on. Complete the pattern before other players and receive the winnings.

90-Ball Bingo is one of the most popular as it provides 3 rounds where players can win. The game is easy to understand, and most variations work on the same rules and features and simply include bonus features and jackpot opportunities.

The 90-ball cards include 15 numbers in 3 rows that usually includes 9 columns. As mentioned, the game provides 3 rounds, each providing rewards when each line is complete. The player that completes the first line get the biggest prize, the player who gets the second line receives the second prize, and obviously, the completion of the last line receives the lowest prize. It’s possible for a single player to win multiple prizes, it simply depends on how the numbers fall.

Amelia Cassiday is an online bingo writer and player for the past 5 years. Her expertise and knowlegde of the online bingo industry is utilised when covering the latest news and treads.